Three years ago at this time, I was in Edinburgh, Scotland. Before that, I had visited London and, very briefly, Oxford. As international travel goes, it was a short trip, but it was also wonderful. I didn’t go all the touristy things the guidebooks say to, but I did spend a lot of time walking around the cities, and had the fortune of meeting people from the cities who showed me a side I wouldn’t have otherwise seen. 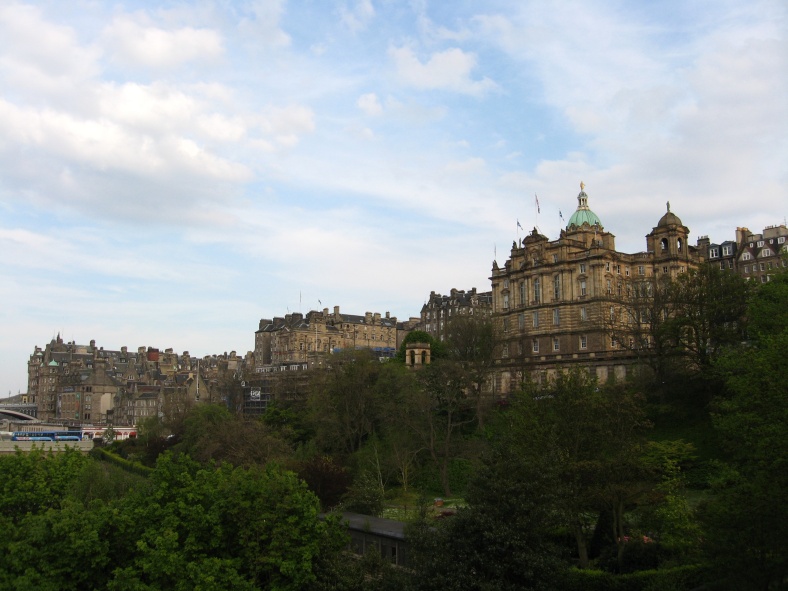 It’s cliche to say, but the trip really was life changing. I couldn’t be more grateful for having gone on it.

And while I took pictures (literally hundreds), what I’ve found to be even more valuable as I think back to my trip is a small black notebook I carried with me wherever I went. My phone didn’t work overseas, so I was devoid of my usual instant distraction. I found myself soaking in much more than I do on a regular day at home, which was partly due to being in another country, but also due to having set a goal for myself of filling that black notebook by the time I got home. I didn’t quite make it, but I did fill a lot of it.

It was not a perfect trip–at one point, I got sick and threw up into a plastic bag in a London tube station as a train load of people was getting off, and proceeded to spend the rest of that day in bed at the hostel–and there were other more standard traveling hiccups. But while I wouldn’t have taken pictures of those moments, I’m glad I wrote them down. At one point, I wrote:

I think it’s good that I waited so long to do this, too–with my affinity for writing that I’ve only somewhat recently truly realized, I feel like I’m able to appreciate things twice–the first time I’m more aware, because I’m already thinking about how I’m going to recount it in writing later. Graphically speaking, it’s like I get to regurgitate things onto paper later, in the best way possible.

Looking through the photos help me see one dimension of my trip, but reading that notebook fills in so much more. I don’t get to just see the sights, I get to read how I felt as I wandered around Edinburgh Castle, how quickly I fell in love with the oldness of the cities and how every building seems to tell a story, and remember the pride I felt when I successfully navigated my way through London all by myself. They are moments and memories no picture could contain in quite the same way.

I don’t know when I’ll get the chance to travel abroad again, but when I do, I’ll definitely be aiming to fill another little black notebook.

p.s. What’s the best thing you did while traveling?

Posts from the Past