Back in the day I had a Xanga. Mine still exists out in cyberspace, actually, and the other day I looked it up again. Seeing as it’s fall, I wanted to see what I had written in previous falls.

This next bit comes, word for word, from a post I wrote 5 years ago on Thanksgiving.

“it was a good day…a fun day. with my mom’s side of the family tonight we were laughing so hard almost everyone was crying…it was great. i think i burned off at least one of my helpings of mashed potatoes and gravy just through laughing. but for me, the whole day kind of had an underlying melancholy tone…not because i wasn’t happy, because i totally was, but because that in this past year i’ve become more aware that what i’ve got isn’t what everyone has.

once a month some people from my youth group go downtown to degage and we play bingo in their dining room with the people who come there for dinner. it’s not a free dinner, but it’s fairly cheap, and the people who come there are there because they can’t afford much else. a lot of them have a mental illness of some kind which prevents them from holding a steady job. many of them have probably not had a place to call home at some point in their lives, and some of them may leave degage and go sleep under a highway bridge. and it’s SO UNFAIR. what did i do to deserve what i’ve got? nothing! and there’s people in other countries who have it worse than these people downtown! kids whose parents have died of AIDS, kids whose parents sell them cause they need the money, people who are forced to be slaves of others, and so much other bad stuff. and here i sit, in my warm house, typing on my computer, having eating waaaay too much today, with SOOOOO many people out there who have no house, no food, no clothes…so today, i am very thankful for what i have, but at the same time, my heart breaks for those who don’t have it. i started to read the wishes in the grand rapids press today but had to stop because i had tears in my eyes…and i only got about halfway through the second page. it’s not because i’m an overly emotional person, but because i’ve become more aware that there actually are people out there who have so many needs. why can’t the rich people give up some of what they’ve got…but for that matter, why can’t i give up some of what i’ve got?

hebrews 12:28 “therefore, since we are receiving a kingdom that cannot be shaken, let us be thankful, and so worship God acceptably with reverence and awe, for our ‘God is a consuming fire.'” “

Pretty solid insights from 16-year-old me. This year, I find myself feeling quite blessed, and that blessedness is overflowing to thanksgiving, but I can’t honestly say that that thankfulness is overflowing to much action. Once again I found myself tearing up as I read the section of the newspaper asking for help for a variety of needs of people in my own community. But if that doesn’t result in action, I suppose it’s not much good. So maybe that’s why we have Thanksgiving each year–to remember to be thankful, and for that thankfulness to spur us to action. Hopefully. 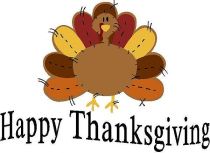 Posts from the Past